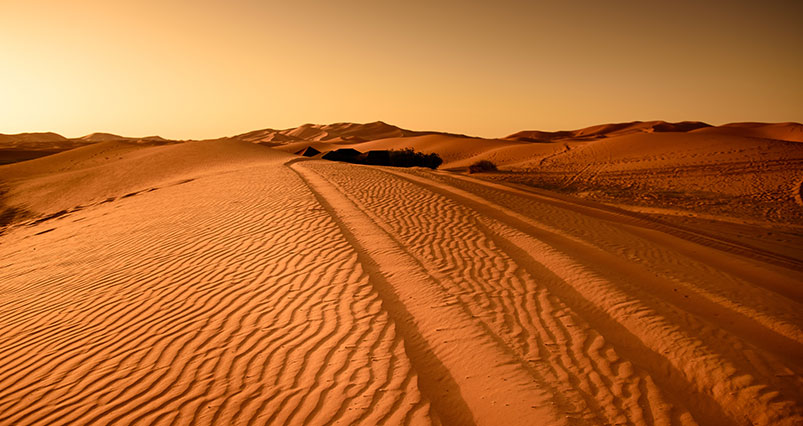 The low permeability of tight sandstone means it is notoriously difficult to achieve a productive well economically. However, it has been demonstrated that Underbalanced Coiled Tubing Drilling (UBCTD) can provide an economically viable solution.

Let’s take the example of a tight sandstone field in the Middle East. The logs showed good gas levels that were worth exploiting.

The first attempt to extract was done conventionally, using overbalanced drilling. However, this led to production that was next to nothing. It also resulted in damage to the rock around the wellbore.

The second method tried was fracking. Again, this failed, even when all the fracking units were maximised.

The third attempt involved UBCTD. The results were impressive. The production recorded on the preliminary post well flow test showed a production of nearly three times the target flow.

Here is how it was achieved:

A first whipstock was set in the mother wellbore’s tubing. A 10 ft window was milled and a rat hole was drilled to 14,500 ft MD. The first lateral was drilled to 15,020 ft MD. A second whipstock was set in the motherbore because the first was showing an excessive dog leg severity that was having a negative impact on tripping time. A second 10 ft MD window was milled. A further two laterals were drilled. A total footage of 2,360 ft was drilled, with three different

The drilling fluid was caustic water, with use of friction reducer additions to a maximum of 1% to achieve better weight transfer to the bit as the depth increased. Clay inhibitor was also pumped at below 0.5% to inhibit shale.

This example demonstrates the value UBCTD has to add in formations such as tight sandstone where low permeability makes other methods of extraction uneconomic or unsuccessful.