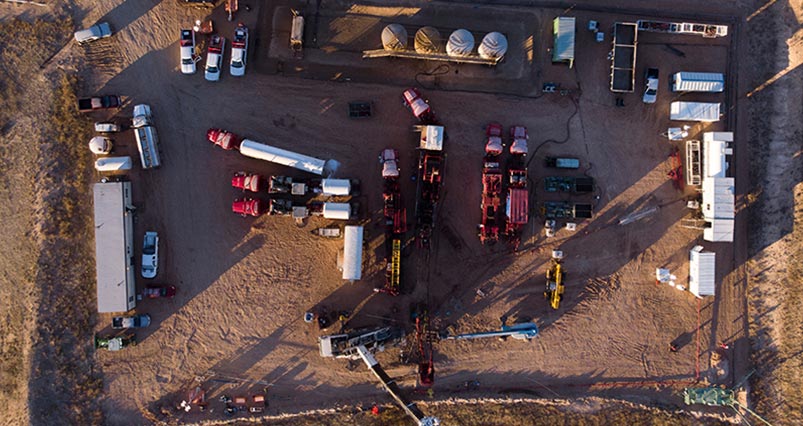 At the end of last year AnTech, a specialist drilling provider, drilled two wells in the Texas Panhandle using advanced, patent pending, technology developed over the past two years at its Head Quarters in Devon. By Toni Miszewski, Managing Director of AnTech Ltd.

The work was performed on a ranch in an environmentally sensitive area that also happened to be the site of a battlefield in the 1874 Red River war between American Indian tribes and the US Army.

In the ground below the ranch, there is a natural gas field that has produced for decades, but over time production has declined and now more water is produced than gas. AnTech won a contract to re-drill wells based on its ability to drill with a completely enclosed drilling system and its ability to navigate precisely underground. Both of which reduce the environmental impact of the drilling process.

The precise navigation is made possible by a new technique developed by AnTech called RockSense™ which sends a signal to the driller at surface, identifying what type of material is being drilled as the drill bit cuts into the rock. By comparing this information to geological maps, the measurement acts as a signpost to enable the driller to drill in the right place. Surprisingly, this capability, with such precision, has not existed previously.

“Our engineers have worked hard to bring this technology to market, and it is testament to their skill and determination that we have managed to do it so quickly and effectively” said Toni Miszewski, Managing Director of AnTech. The success of this work has led onto further contracts which the company has recently signed with companies in Alaska and Australia.