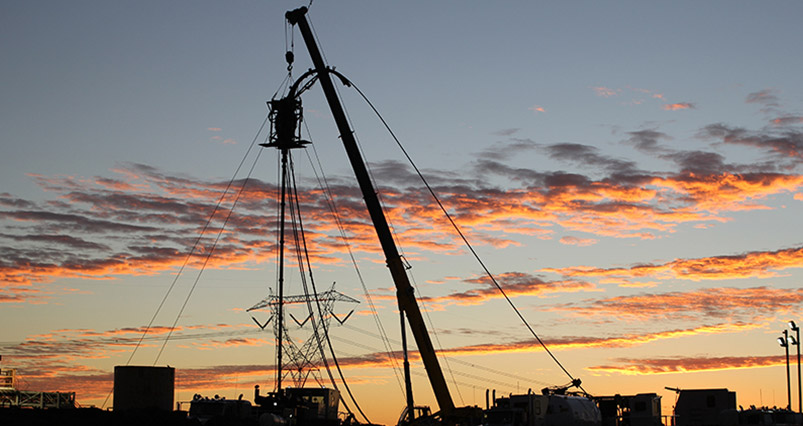 As human beings, we suffer from loss aversion, where we are more afraid of loss than we are motivated by making a gain. In the oil and gas industry where the sums of money involved can be high and the consequence of failure can be catastrophic this tendency is exaggerated by the fact that costs are guaranteed but rewards can be uncertain. This leads us to define work in terms of definite costs rather than possible gain. For example, drilling is often measured in terms of cost per foot rather than in terms of cost per barrel produced. In doing so, we can miss out on getting the best return from our assets.

Aversion to risk means that the oil and gas industry has historically taken many years to take on-board new technologies even though they have demonstrable benefits. Directional, underbalanced, Coiled Tubing Drilling is one of the technologies that ticks all of the boxes in terms of benefits but has remained a niche application. Multi-year projects have been on-going in Alaska since the early nineties and in Saudi Arabia since the middle noughties and there have been other, shorter term, projects both on land and offshore. These have proved successful as demonstrated by their long-term nature. Uneconomic projects don’t last very long. Despite there being hundreds of thousands of depleted wells where the benefits of underbalanced Coiled Tubing Drilling are very applicable, so far, the technology has not entered the mainstream.

There was a time when other technologies were also looked on in the same way. These days nobody thinks twice about horizontal drilling. In fact, some younger drilling engineers might be forgiven for thinking that the only way to drill a well is horizontally. Despite the technology being introduced in the early 1990’s it took until 2010 for horizontal wells to really take-off and, these days, 77% of the most prolific well in the US are horizontal. Coiled tubing has made steady advances in terms of reliability and services and is now considered mainstream technology.

It takes a market jolt, like the one being experienced during the current downturn, to spur the adoption of newer technologies. In boom times, costs rise and this doesn’t help the introduction of new technology because the cost savings can get swamped by the increasing prices. One thing that characterizes all of these technologies is the fact that they all cost more than the technologies that they replace, but the increase in productivity ultimately makes the extra investment worthwhile. In no case would anyone, especially not an accountant, have advocated their introduction if they had just considered their day rate cost alone. So, we need to have a way of evaluating the benefits of new technology in a way that gives a fair weighting to both the benefits and the costs.

In the current low oil price era, it is an attractive option to re-work existing wells with an intervention to increase production. Re-working a well at least takes away the uncertainty of whether there is a productive oil or gas zone to be accessed, which can be a risk with a new well. One, potentially very rewarding way is to cut a window in the production casing of a vertical well and to drill horizontal laterals in underbalanced conditions with coiled tubing. In some cases this technique has increased production by a factor of five.

Directional Coiled Tubing Drilling brings together horizontal drilling, underbalanced drilling and coiled tubing in a way that takes advantage of all three technologies. Coiled tubing is a technology specifically designed for working under pressure so it is ideal for underbalanced drilling where maintaining the correct pressures is critical to protecting the reservoir. In fact, Coiled Tubing Drilling is the only way to ensure that the well is kept underbalanced at all times because the operation does not need to stop to make connections.

With underbalanced drilling come the benefits of increased drilling speeds, reduced lost circulation and differential sticking problems and, a key advantage, the reservoir is protected from formation damage. Reduced problems translate into reduced project risk which is a key requirement when the efficiency of a project is vital to its economic success.

But interventions cost money and underbalanced drilling with coiled tubing is more complex and less familiar to most. There is a natural tendency to say ‘how much will it cost’ before asking the question ‘what’s the pay-back’ which is what really matters. In the process, economic opportunities might be ignored.

Fortunately, it’s relatively straightforward to combine the most significant factors in terms of cost and, importantly, revenue to evaluate whether an intervention is worth doing or not. By taking into account the timing of both costs and future revenues it is possible to see when an intervention will break even, what future revenues will be after that point and consequently the IRR for the project. This is something that can be done with a simple spreadsheet model and it helps to concentrate the mind on the return on investment before considering what it is worth spending to achieve that return.

The model used is dependent on four factors:

On this basis, assuming that horizontal and vertical permeability are the same, and that the reservoir is 40ft thick and the horizontal is 400ft long, then the PIF would be 10. This is a theoretical value and in practice, based on historical data, a PIF of between 3 and 4 should be considered to allow for the uncertainties inherent with drilling a horizontal well, potentially for the first time.

The PIF assumes that the wells will be drilled overbalanced and that underbalanced drilling would not offer any further production increase. Underbalanced or at-balance drilling can greatly increase the ROP when drilling and therefore reduce the drilling time. Coiled Tubing Drilling is well adapted to UBD.

The oil price should be taken on a best-guess basis. It is a variable and it can be changed to see the sensitivity of the pay-back and therefore the risk that can be tolerated. Clearly, a higher oil price will allow a shorter payback time and a lower oil price will extend the payback time. If you had a crystal ball and could predict future oil prices, the value could be varied over time but in most cases, short term pay-back is the governing factor in deciding about an intervention.

This is the value that is effectively being determined. It can also allow for production during the drilling process. Better technology that will produce a better result may be just the ticket, but it needs to be affordable for the well under consideration. Some wells will be passed the point where an intervention is economically viable.  Knowing the maximum amount that can be spent economically on a well to achieve the desired pay-back dictates the intervention that might be considered and the subsequent discussions with the appropriate service companies. The cost of chasing a wild goose is not negligible.

Every well is different but they will all decline after initial production. So, being precise about the exact form of a decline curve is not particularly important when doing comparative calculations. Its main purpose is to avoid grossly over or under-estimating the returns over time. A decline curve that exponentially reduces production to a certain percentage after the first year is as good as any but this can be easily changed based on known field data.

To view the rest of this please contact us