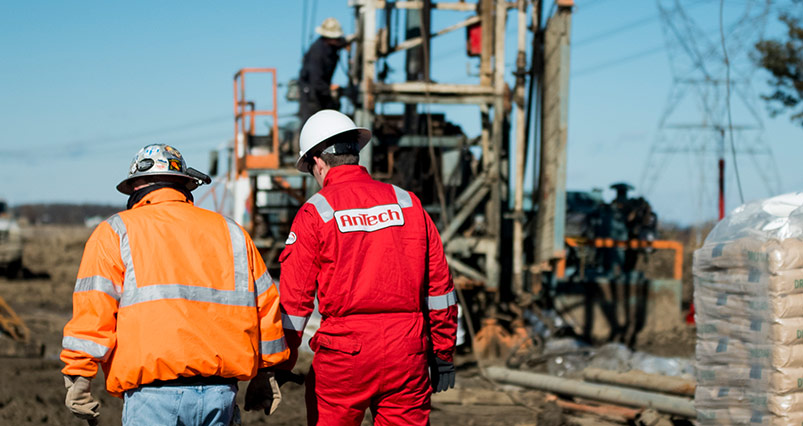 The objective was to drill a lateral sidetrack to access target zones identified adjacent to a recently drilled vertical dry hole. The target thickness was 15 feet, making accurate depth control critical. It also was considered essential to drill the entire reservoir underbalanced using nitrified fluids to minimize formation damage. The offset wells surrounding the sidetrack location produce 10-100 barrels of oil a day with up to 80 percent water cuts. Given the typical low daily production rates in the field, the challenge was to deliver a productive horizontal sidetrack in a cost-efficient manner.

There are two ways to alter the economics of a well: reduce costs or increase production. For an individual marginal well with a low production, there comes a point below which costs cannot be reduced sufficiently to make a material difference to the economics. Therefore, the focus of this project was on applying a specialized DCTD bottom-hole assembly and engineering software package as the enabling technologies to increase production while containing the drilling costs to make the extra production more profitable.

Drilling efficiency is often measured in terms of cost per foot, and while this is an important measure, the target of this DCTD project was to define drilling efficiency in terms of cost per production rate. This measure takes the initial production into account, and in the process, ties together the ability of the driller to make hole in the direction required with the ability of the geologist and reservoir engineer to select a productive part of the formation.

Recognizing that each stage of well construction can affect another, a multidisciplinary approach was adopted to include inputs from geology, geophysics, reservoir engineering, drilling and completions engineering. Local experience with offset wells also was an important input, allowing for the fact that all offsets were vertical wells drilled with air or in an overbalanced condition.

The overall objective was to increase cash flow from the well by accessing more of the reservoir using a horizontal wellbore. A horizontal trajectory also allows for natural fractures to be easily intercepted for increased production. Ultimately, successful horizontal wells could reduce the total number of wells that need to be drilled to fully exploit the reservoir. Potentially, one horizontal well with a second lateral branch could replace four wells with an associated cost reduction.

Drilling horizontally in an underbalanced condition using nitrified fluids to avoid formation damage required more sophisticated equipment than what is traditionally used on shallow low-volume wells, but at the same time, the extra capability was required to realize the reservoir’s potential. The field is sufficiently depleted for the wells not to produce to surface and the reservoir has low permeability, making it susceptible to damage from drilling fines being forced into the formation. Underbalanced drilling also typically increases the rate of penetration to shorten the required drilling time.

As noted, the DCTD project was conducted in a field with numerous vertical offset wells and a good understanding of the local geology. Vertical well depths in the field typically do not exceed 2,500 feet. Four vertical wells had been drilled by Chuck Henry Energy LLC and its partner, Hocking Hills Energy, in the immediate vicinity in the previous year, three of which were on production yielding rates of 10-25 bbl/d with varying levels of associated water. Although the fourth well had shown production promise based on electric logs, it turned out to be dry. Consequently, a planned 4 ½-inch production casing string was not run in the well and it had not been completed.

Any of the wells could have been chosen as a candidate for DCTD, but after analyzing the different options, the uncased well was chosen because a value analysis indicated that it had the shortest payback period if it could produce at a similar rate to neighboring wells. The sidetrack was planned to access a different volume of the reservoir than the vertical bore hole, and the fact that the vertical well had not been completed had the added benefit of avoiding losing existing production to drill the sidetrack.