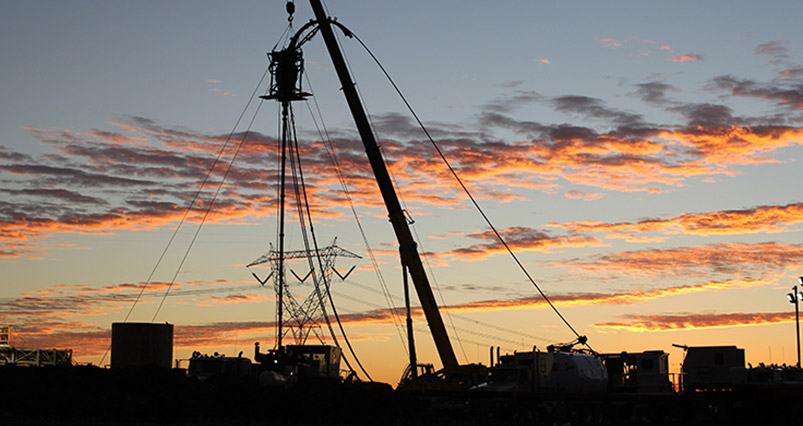 Underbalanced drilling (UBD) is defined as drilling when the effective downhole circulating pressure of the drilling fluid is equal to, or lower than, the formation pressure.  There are many advantages to UBD including minimised formation damage/skin and therefore increased well productivity, increased ROP, and reduced risk of lost circulation as well as many others. The main disadvantages are additional complexity, higher risk of equipment failures, and the incompatibility of certain drilling fluids with conventional MWD systems, for example, two phase drilling fluids.

Where Jointed Pipe UBD and Coiled Tubing UBD diverge is on the pressure control equipment. On conventional drilling rigs or snubbing units carrying out UBD operations, a rotating control device (RCD) becomes the primary barrier and the annular and ram preventers become secondary barriers. The RCD diverts the fluid returns from the well to the choke manifold. When drilling with single phase liquid, two phase gas-liquid fluids, or foam, the remainder of the BOP stack is not that much different from the BOP stacks used for conventional overbalanced drilling with mud. RCD’s should be considered as high pressure diverters rather than an annular preventer or BOP. Their rated working pressure is usually lowered by 50% when rotating. Another consideration for Jointed Pipe UBD is the number and location of float valves that are necessary to prevent the influx of reservoir fluids inside the drill string either when tripping or making connections.

Well control is significantly simpler when carrying out UBD operations with Coiled Tubing because a coiled tubing rig up is inherently designed for underbalanced operations and pressure control. The bit is turned by a downhole motor and the pipe does not need to rotate; this allows for a standard BOP stack up, plus lubricator and a simple stripper assembly. The safest and simplest way to deploy the Coiled Tubing UBD BHA is with a suitable length of lubricator that allows the well to be shut in during rig up. Once the BHA is made up to the CT and the lubricator is made up again the well can be opened up and the BHA deployed in the safest possible manner. Although less preferable, it is also possible to deploy the BHA under pressure in two stages by using a slickline lubricator.

When drilling the reservoir section of a well or sidetracking from an existing well to access another area of the reservoir, Coiled Tubing UBD usually has the edge over conventional UBD with hole sizes up to 8-1/2”. Coiled Tubing UBD has a safer, simpler and more reliable stack up. For Jointed Pipe UBD, when drilling with two phase fluids the time taken for the well to stabilise after making a connection can be prohibitive and remove a lot of the value of UBD. It is also difficult to maintain underbalance conditions when making connections as the following diagram shows.

The potential of Coiled Tubing UBD