How Do You Drill A Directional Well With Coiled Tubing?​ 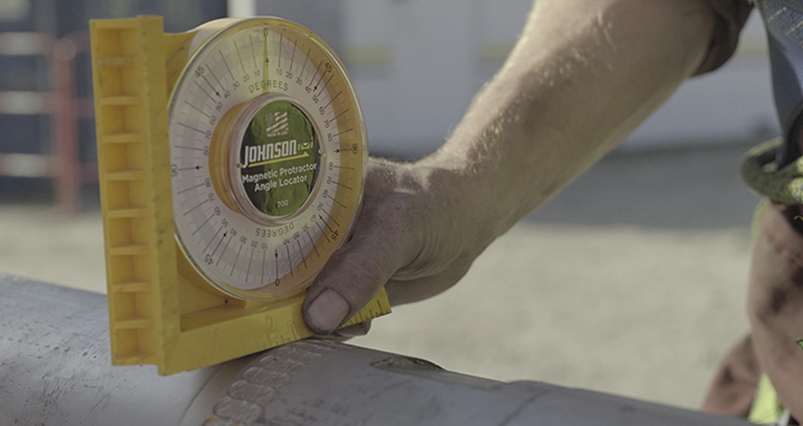 A Directional Coiled Tubing Drilling (DCTD) BHA is made up of the following components: bit, motor/turbine with bent housing, sensor module, orienter, electric release, cablehead, and tubing end connector. There are other optional modules that can be added to the BHA for different operations and environments, for example, an electric circulation valve, gyro and CCLs.

To drill a well directionally on coil, the two most important components are the orienter and the motor/turbine with bent housing. Directional drilling on CT utilises the conventional bent housing or bent sub motor technique. The bent sub acts as a pivot and the bit is pushed sideways along the hole. The side force on the bit changes the hole direction and inclination as you drill ahead. The usual bend is set between 0°- 3°. The direction the bit is angled towards, is called the toolface. By orienting the toolface you can drill a directional profile: hold a set toolface and the BHA will drill a turn or build section, continuously rotate the toolface and the BHA will drill a straight, tangent section. Holding a toolface while drilling ahead is referred to as 'sliding' and continuously rotating the toolface while drilling ahead is referred to as 'rotating'. This information is captured on the Directional Driller's slide sheet.

The only option for orienting the toolface while drilling on coiled tubing is to use a downhole orienter. The best option is to use a fully electrical orienter that can orient the toolface at any angle from 0-360° based on commands sent from the Directional Driller, operating the tool at surface. In addition to being fully electrical, the orienter should have the capability for continuous rotation to drill straight hole sections. Some orienting tools on the market cannot be continuously rotated and therefore cause tortuosity (in other words "wavy" wellbore) which reduces lateral length, reservoir contact and well productivity.