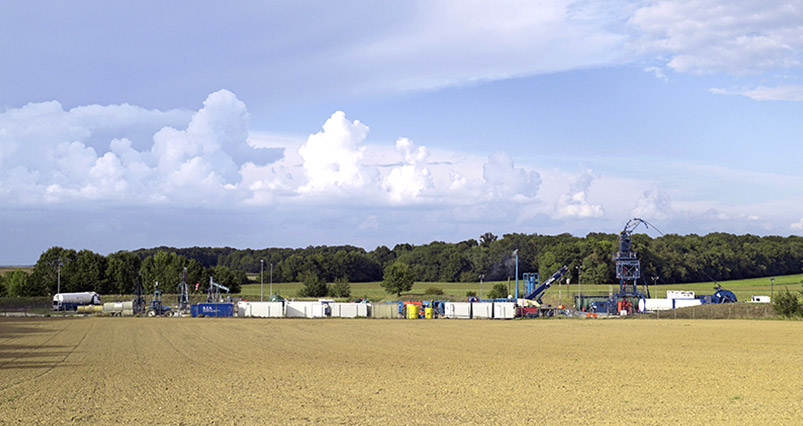 In today's world of weaker oil prices and declining production output of oil and gas reserves, operators are re-examining their reservoir management efforts. Globally, operators are facing the challenge of optimising the performance of not only new wells but also existing reserves whilst reducing costs. As a consequence there is an increasing need for an economic means to tap bypassed pockets of oil and gas reserves and bring old wells back into production.

The Challenge for Operators

Improving production output from mature fields often presents challenges and as a result innovative technologies must be used to overcome these complexities. The critical factor when evaluating a potential intervention is Return on Investment (ROI). It is crucial for operators to understand the characteristics and possibilities of their wells prior to making any decisions. The cost of the intervention and the potential increase in production after it has been performed are important factors that need to be considered. The goal for many operators is to improve ROI by initiating production as soon as possible through precise drilling whilst keeping a watchful eye on operating costs.​

The Challenge for Operators

Coiled Tubing Drilling (CTD) is an attractive alternative to conventional methods for many demanding and more challenging operations. CTD technology has been used effectively for more than two decades and saw an increase in its use in the mid-1990s, during which time a large number of wells were drilled using this technique. Its mainstream popularity decreased at the end of this period due to the economic downturn and the fact the applications for the technology were not fully understood. However, CTD still remains active in Alaska, Russia and Saudi Arabia and there have been significant advances in the industry’s understanding and development of the technology.

At present, awareness and uptake of CTD is increasing amongst operators, who can see the tangible  that the technology provides. The most significant advantage that CTD can offer is the ability to drill underbalanced, whereby the pressure of the wellbore is lower than the pressure of the formation being drilled. This protects the formation and allows the well to produce during drilling. It also decreases the risk of differential sticking and increases the Rate of Penetration. Furthermore, the coiled tubing has additional benefits over conventional jointed pipe drilling. The coil reduces manual handling as there is no need to make up pipe joints. Drilling is continuous, apart from wiper trips, which in turn helps reduce the costs and consequently increase the value in the drilling program.

Directional CTD Bottom Hole Assemblies are being deployed around the world in order to drill new wells and extend previous ones by adding multi-lateral branches and extensions. Larger holes of up to 8-1/2’’ and deeper wells are also being drilled, enabling operators to make the most of their existing reserves.

A meaningful way of measuring the value of a drilling program is to define it in terms of cost/barrel produced, rather than cost/foot or cost/day, as this is the direct measure of ROI. It takes into account the increase in production resulting from the intervention. That being said the other measures do give a useful metric when evaluating a project.

A case study on the Chittim Ranch in West Texas (i), showed a 60% decrease in the average time to complete a well when compared to conventional rotary rig drilling. These conclusions were drawn after 233 wells were grass-root drilled. The wells were vertical and overbalanced. The decrease in time translated into a 33% cost reduction per well when compared with the most recent conventional drilling data from the area. The difference in cost was adjusted to take inflation into account.

Recently, AnTech has developed a proprietary financial model that analyses the ROI of an intervention for new and existing wells. By utilising existing oil or gas production data and the Approval for Expenditure (AFE) of the operator, the model can predict the payback time of an intervention operation. Wells produce at their maximum rate at the start of their life cycle and naturally decline over time as pressure decreases and often water cut increases. As a consequence of this decline, the wells reach a point when it is no longer profitable to produce.  Before this point an intervention should be evaluated whist there is still sufficient cash being generated from the production. The payback of such an operation depends on several factors that are taken into account in AnTech’s model.

The Components behind the Model

The cost and production components of an intervention method are too intertwined to allow a hand calculation to provide sufficient information to evaluate a project. Nowadays, with more complex operations, it is important to evaluate the total operational cost versus the total benefits of an intervention whilst at the same time allowing for the production decline over that same period. AnTech’s model utilises the Productivity Improvement Factor (PIF)(ii), which compares the initial productivity of a horizontal well with the productivity of a vertical well in the same reservoir.

The PIF is defined as:

It can be seen that the PIF depends directly on the length of reservoir drained by a well. This is one of the reasons why a horizontal well can give higher production in laterally extensive reservoirs.

From the formula, it can be seen that a horizontal well (L>h) will have a bigger PIF than a vertical well (h>L), if the permeability anisotropy is 1. In practice, and this is borne out by actual well data, this increase in production may not be fully realized for a variety of reasons one of which is drilling damage. Where this is the case, underbalanced drilling can often prevent this damage and increase the success rate of wells that might be difficult to drill due to lost circulation problems. Coiled Tubing Drilling is ideally suited to drill underbalanced and therefore a higher PIF may be achieved than might otherwise have been possible.

The custom-built financial model takes into account the following factors that can be adjusted to meet operators’ requirements and current market conditions.

With fluctuating oil prices, forecasting the price at a particular period of time is a difficult task. The model allows for either a fixed price over time or the price can be set on a monthly basis. The financial ROI model enables operators to evaluate various case scenarios, such as analysing the shortest and longest time it can take to recover the initial investment.

The total cost must take into account all the factors involved in the intervention such as well preparation, casing, window milling and the drilling itself. Drilling underbalanced with coil is not a like for like replacement for overbalanced drilling with jointed pipe. Furthermore, the completion cost needs to be fully calculated.

The Decline Curve of the Well

As the well production decreases over time, so does its ability to generate cash. It is therefore important to allow for this reduction in cash flow. Different decline curves can be entered for before and after the intervention. It is obviously best to have accurate data and the decline curve for a horizontal well may be different from a vertical well. In practice though, a reasonably accurate first pass evaluation can be made with a generic decline curve and the assumption that the before and after responses are the same.

Once all these assumptions and inputs are considered, the model is run. Figures 3 and 4 show graphical representations of the outputs obtained after introducing real data from an intervention. 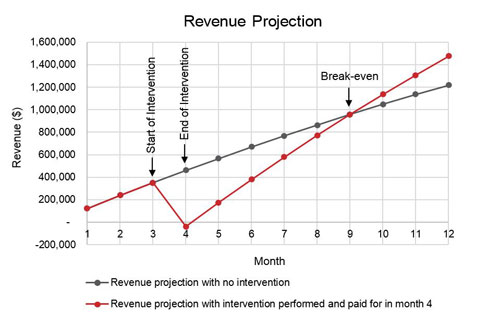 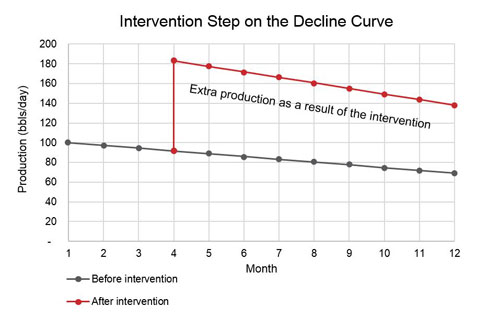 Figure 2 highlights the increase in production when completing a well intervention.

Collectively, figures 1 and 2 are compiled in a full length report, which helps operators evaluate the long term possibilities of their assets.

Underbalanced CTD is an economical solution for grassroots and re-entry drilling operations. AnTech’s financial model provides operators with the ability to evaluate an intervention before committing time and money to a project. Different scenarios can be considered with their associated effects on payback time. A complete understanding of the economics behind an intervention allows operators to get the most out of their assets.