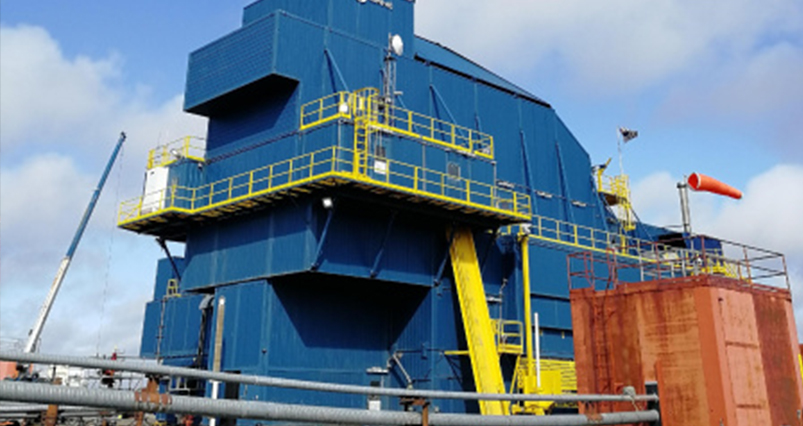 North Slope Alaska can boast one of the largest numbers for wells drilled using Coiled Tubing Drilling technology. As redevelopment of the Alaska fields continues, horizontal limits are pushed to even greater maximums.

In October 2012, a well was drilled using MPD techniques. The well was a tri-lateral injection well drilled to the south to support a production well in the area. It was planned to drill an open hole section of 8143’, with 4318’ laterally. Laterals were all completed using a 2-3/8” slotted liner.

There were several challenges associated with drilling this well, particularly, formation pressure management was more challenging due to absence of reliable data regarding the pressure in the southern-most fault blocks. The estimate was about 9.8 ppg   but it was not possible to confirm this. The near wellbore pressure was about 12.6 ppg. Using these estimated values, an ECD operating envelope was constructed, which allowed the ability to determine the maximum permissible annular friction pressure. The borehole size had to be increased to 3.25” from 3.00” which was originally planned.

The first lateral was a record-breaking length of 4,293 ft of openhole at a TD of 13,375 ft MD. Nonetheless, this was not without obstacles as heavy losses were encountered. The initial estimate of 9.8 ppg suggested that formation breakdown could happen above 13.8 ppg EMW. However, circulation was lost at just under 13.8 ppg, suggesting that the estimate should have been closer to 9.6 ppg.

Another challenge was running the liner completion. Due to heavy fluid losses, the liner running pill was lost to the formation, increasing drag and causing the lock up at 13,028’ MD, 347’ short of TD. The operator re-assessed the drilling parameters before going onto the next two laterals to avoid similar complications. It was decided  ECD would be lowered in the openhole by adjusting mud properties and pump rate. This modification resulted in zero losses when drilling the subsequent laterals.

The laterals were drilled using a very low AKO on the drilling motor (about 0.5° AKO) with a bi-center 3.25” bit. Average doglegs were resulted in 6-8 deg/100ft. Even though, a cumulative dogleg was consistent with the directional plan (7° DLS), the actual drilled trajectory and the planned trajectory ended up being very different. Nonetheless, the project was successful with all laterals hitting target zones. This project expanded capabilities of extended reach lateral drilling on Coiled Tubing and provided additional insight to areas that required further development and work.