Addressing The Re-Entry Problem Of Barefoot Multilaterals On Coiled Tubing​ 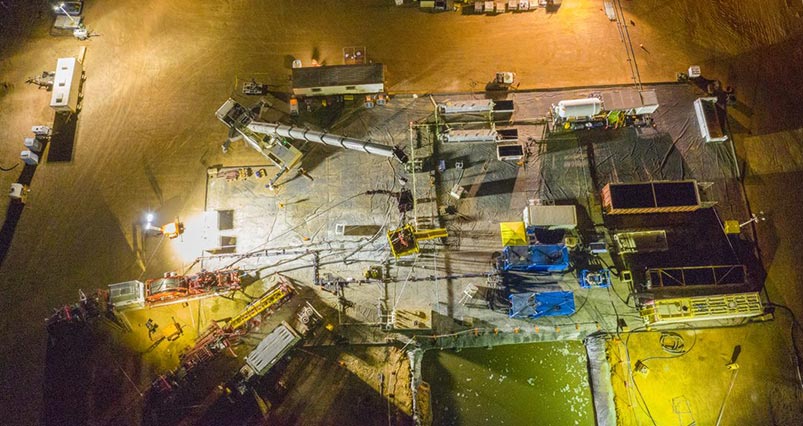 The drilling of multilateral wells that connect to the main motherbore has been common practice since the early 1990’s as a means of maximising well production. By accessing numerous production zones and increasing the reservoir contact of each well, multilateral well designs are able to boost production with minimal additional drilling and completion costs, Fig. 1. This has been shown to be particularly beneficial in an offshore environment where well slots are limited, there are also significant advantages onshore, where the use of multi-lateral wells can significantly reduce the environmental impact in comparison to drilling multiple wells.

The advanced technology and expertise required to drill and successfully complete these wells are these days well understood. However, the ability to re-enter a chosen lateral successfully on the first attempt, and to quickly and positively validate that entry, has not advanced at the same pace. Most multilateral wells have horizontal or near horizontal reservoir sections which require coiled tubing in order to re-enter. As such, coiled tubing drilling (CTD) has been integral to multilateral well design since its inception. A typical multilateral well is shown in Fig. 2. 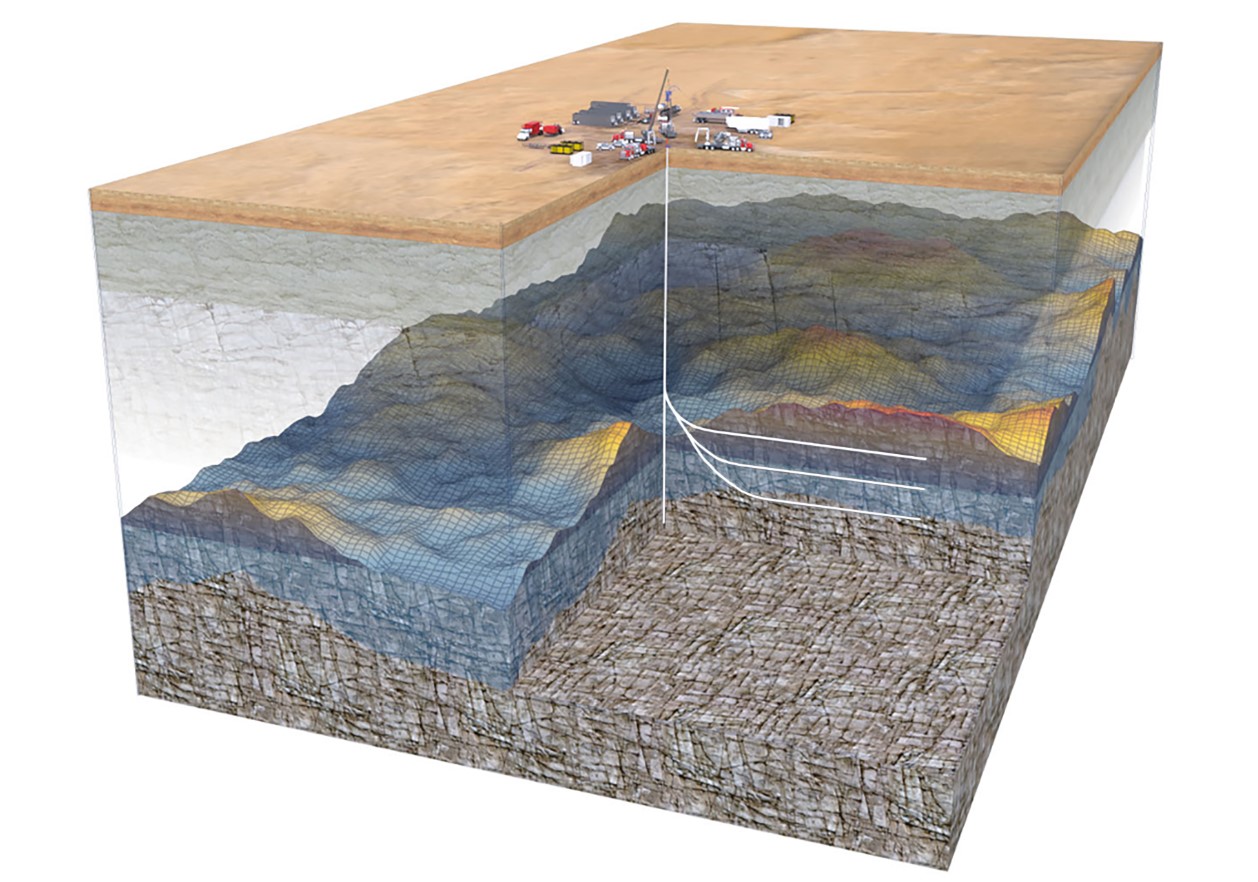 CTD has long been proven as a highly successful, cost-effective method of re-entering old wellbores and accessing bypassed and attic reserves, thus revitalizing depleted wells and providing operators with a high return on investment in their mature assets, Fig. 3. As well as optimizing well lifetime, CTD technology offers the opportunity to drill underbalanced, maximizing oil and gas production per section of formation drilled (see Fig. 1 on location). Incorporating effective multi-lateral well design into CTD operations can increase profitability even further by maximizing the length of productive reservoir rock drilled per motherbore. This combination of oilfield technology has been shown to be very effective in many locations, but most significantly in the UAE, Saudi Arabia and Alaska, USA, with many papers published detailing the benefit to the operators’ bottom lines. 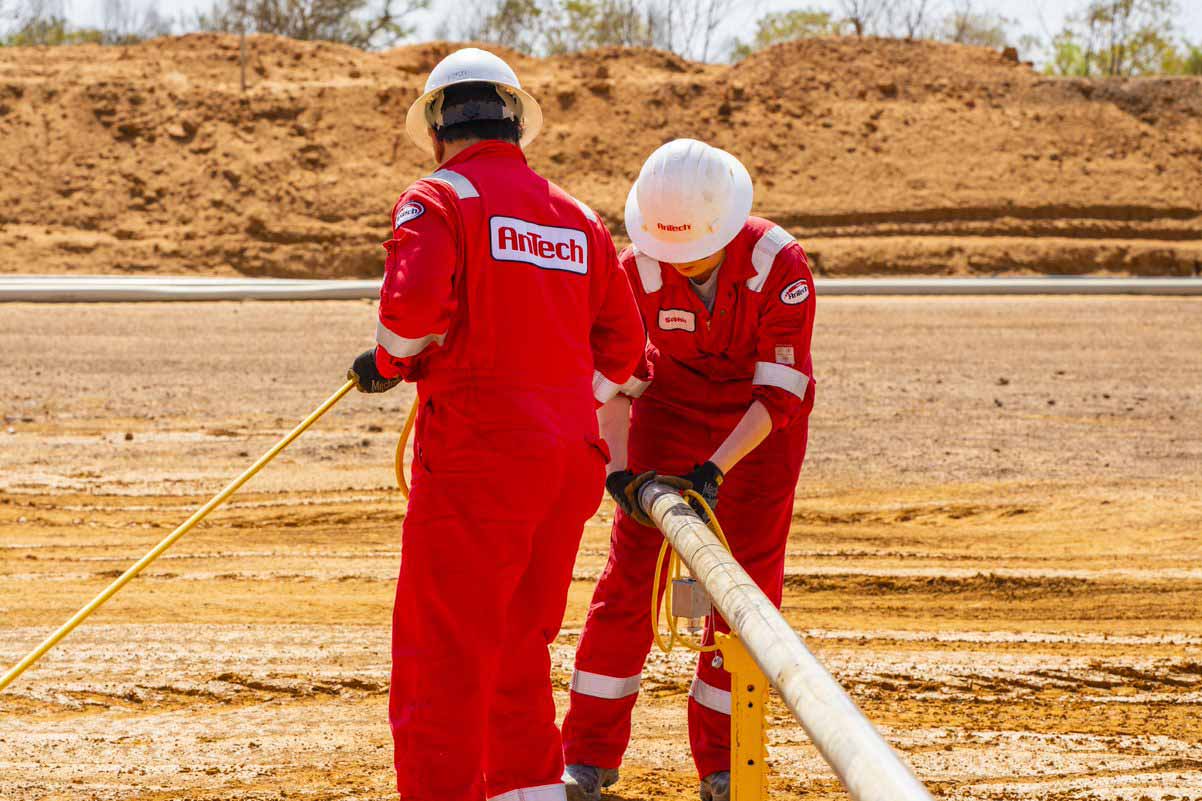 The stimulation of intervention operations that an operator may wish to undertake on an individual lateral are no different from the stimulation of a single wellbore in a conventional completion, except in regards to lateral entry and consideration of the interaction between laterals during stimulation. The greatest challenge and potential barrier to increasing multi-lateral applications is the difficulty in entering a specific lateral first time and then positively confirming which lateral has been entered.  With open-hole side-tracks in a horizontal section, the lateral will drop down, making it impossible to enter the original lateral with a drilling assembly. Even a motor on a maximum bend setting will not be sufficient.

The most commonly used method for accessing the desired lateral is to utilize an indexing tool and pressure-actuated knuckle to kick off. An indexing tool works by rotating the BHA by a set amount as pumps are cycled. In other words, pressure is applied through pumping, released by stopping pumps and then re-applied through re-starting pumping. With certain tools, the degree of rotation on each pressure cycle can be set on surface prior to running in hole.

A pressure actuated knuckle kicks off a bullnose beneath the knuckle, at a set angle, by using a differential pressure across the knuckle. It is essential that the knuckle and the length of bullnose are sized according to the BHA size and hole geometry. Due to the reduction in flowrate through the tools while the knuckle is in use, the BHA will usually include a pump-out choke, which can be sheared out once the chosen lateral has been located in order to enable higher flowrates for cleaning out the well.

The procedure for utilizing a pressure-actuated knuckle system is to run in hole until the BHA is past the kick-off point or junction. The pumps are then started, and the BHA is pulled out of hole slowly. As both the knuckle and bullnose are in the motherbore at this point, the bullnose cannot fully kick off. This causes a high differential pressure, which will be indicated on surface as higher pump pressures. If the knuckle has been oriented correctly, then as the BHA is pulled out of hole while pumping the bullnose will kick off by the maximum degree into the lateral, and bleed ports will be opened. This will result in a reduction in pressure across the knuckle and provide a positive indication at surface that the window has been found. If no pressure drop is detected at surface, then the process is repeated (possibly multiple times): run in hole with pumps off, start pumps, indexing tool rotates knuckle and bullnose, pull out of hole slowly to find lateral. In some cases, the only way to be confident that the correct lateral has been entered is to run to bottom and tag well total depth..

The hydraulic solution is one that many service companies are familiar with and have access to. Its advantages are that it only uses a standard coiled tubing unit and pumps that require very little specialist crew training, and this equipment is not affected by temperature limitations. These benefits make the hydraulic system the most cost-effective option on a day rate basis. However, what is gained through lower day rates can be lost easily through additional unproductive or invisible lost time spent attempting to confirm entry into the lateral, which may also result in loss of fatigue life of the coiled tubing. Additionally, it is very challenging to work with any logging tools using this solution, as they need to be flow through and run in memory mode. Finally, every time the pumps are cycled there is a risk of experiencing issues such as stuck pipe or collapsed tubing.

Increasingly, coiled tubing operations are moving to smart systems, with the implementation of real-time measurement functionality on every run-in hole. These systems use a wireline inside the coiled tubing, often referred to as e-coil, to power and communicate with downhole tools from surface. This provides the advantage of high data rates, even when drilling with a gaseous fluid, such as a water and nitrogen mix or mist drilling. Moreover, it enables real-time measurements, such as weight on bit, pressure and temperature, in addition to casing collar locator and gamma ray sensors for depth correlation. Certain systems have the capability to run on hybrid cable, which contains both conductor and fiber optic, providing additional capabilities in distributed temperate and acoustic sensing. Utilising these systems can result in substantial improvements to operational efficiency from.

It is common practise for the directional drilling service company to take responsibility for all aspects of the wireline. As such, coiled tubing crews must include personnel with specific e-coil expertise. However, in order to achieve a greater uptake of wireline-enabled coiled tubing operations, service companies will need to ensure that training also provides coiled tubing crews with an understanding of the other service line, defined roles and responsibilities on the wellsite, data integration between the service lines, and an efficient operational set-up.

Operators that adopt e-coil intervention operations can expect more-effective interventions that take less time and cost less than standard coiled tubing interventions. Moreover, for service companies that can offer an effective and seamlessly-run package, the result is a substantial improvement in market share and revenue, as well as greater employee engagement through a broadening of skillsets and experiences.

The market is beginning to see a new wave of electrical multi-lateral re-entry tools rooted in directional coiled tubing drilling (DCTD) technology, which has been successfully used on e-coil around the world for the past 20 years. Most wells drilled with coiled tubing are re-entry wells and are drilled underbalanced, where the reservoir pressure is higher than the borehole pressure. By re-entering old wells, operators can target bypassed reserves using pre-existing top hole and surface infrastructure. Drilling underbalanced offers the operator the advantage of zero formation damage in the new hole section, which is particularly important in mature fields with declining reservoir pressure. However, drilling in underbalanced conditions, often with two-phase drilling fluids, is extremely tough on downhole tools, due to the vibration and associated compounded temperature challenges.

A DCTD BHA is equipped with the standard sensors and drilling modules required for intervention operations, along with the full range of measurement-while-drilling (MWD) directional sensors. The crucial component of a DCTD BHA, however, is the orienter. When drilling wells conventionally with a bent sub motor, the orientation of the motor, or toolface, is set from surface by rotating the drill pipe. Drilling ahead with a no drill pipe rotation is known as a slide and will angle the wellbore in the direction of the toolface. When the well trajectory requires a straight, tangent section, then the drill pipe is continuously rotated while drilling ahead. DCTD uses the same principle, but because the pipe cannot be rotated from surface, the toolface must be set downhole using an orienter. The orienter is controlled from surface via the wireline, which makes it possible to communicate and power the BHA, even when drilling with air.

The new generation of multi-lateral re-entry tools operate using the sensor package and downhole orienter of the DCTD BHA, combined with an electrically operated bent sub (EBS). The EBS can be set to the desired angle and activated from the surface. The procedure for selectively entering a lateral is as follows: as the BHA is run in hole, gamma logs or the casing collar locator (CCL) are used to correlate a depth as near to the window as possible. Once depth has been confirmed, the EBS is oriented as per the well surveys and the as-drilled slide sheets created by the directional drillers when the lateral was initially drilled. The EBS then can be activated as the BHA is slowly run in hole. As the BHA is run into the sidetrack point, the EBS will pick up the desired lateral (as shown in Fig. 4).

Gamma, CCL and inclination measurements can be used to confirm the lateral entry, and in open-hole sidetracks, the azimuth measurement also can be used. This makes it unnecessary to run to the bottom of the lateral in order to identify which lateral has been entered. Crucially, the use of a fully electric system makes it possible to enter and confirm the lateral on the first attempt, resulting in significant savings in operational time and cost for the operator.

To view the full article, please visit:  World Oil or contact us