Underbalanced Coiled Tubing Drilling (UBCTD) and RockSense were deployed to drill a multi-lateral well in Australia. The well was drilled to the top of the reservoir using a conventional drilling rig. The drilling rig then moved off and the UBCTD package was mobilised to drill two laterals in the reservoir section. Initial production was very encouraging utilising AnTech’s unique UBCTD package combined with expertise in both surface and subsurface operations.

The well under consideration was planned to be drilled horizontally with the objective of providing oil production from the Central Fault Block (CFB) while intersecting good quality, laterally connected reservoir. The underbalanced drilling was aimed to maximise production rates at low draw down pressures through a greater pay interval and to minimise formation damage. The horizontal section was designed to maximise lateral drainage of the reservoir as maximum length was limited by the anticline and overlying shale.

Two laterals were planned to be drilled. For any UBCTD job to be viable, it is fundamental that the coiled tubing is capable of transferring sufficient weight to the bit in order to maintain an effective rate of penetration. In addition, while maintaining a sufficiently energetic flow regime in the annulus to clean the hole, the downhole pressures must be low enough to prevent lost circulation and formation damage and the internal coiled tubing pressure at surface must be low enough to avoid premature tubing fatigue.

In order to ensure that these conditions could be met during the operation and that the work could be completed successfully, considerable pre-well analysis and modelling was carried out. The modelling was completed in-house by AnTech using its proprietary software, ATLAS™, designed specifically for CTD operations. The feasibility analysis focused on three main areas: well path planning, tubing forces and hydraulic modelling.

The trajectories of the laterals were designed by AnTech and met all the requirements specified by the Client in terms of geometry and dimensions. The tubing forces analysis predicted that sufficient weight-on-bit could be transferred at the end of the lateral. The drilling fluid selected for the operation was single phase crude oil, which would allow the well to maintain underbalanced conditions at all times. The liquid flow rates being modelled would also clean the hole efficiently and keep the internal coiled tubing pressures at surface low enough not to compromise the fatigue life of the coil. 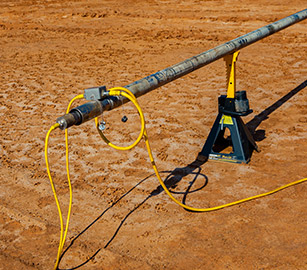 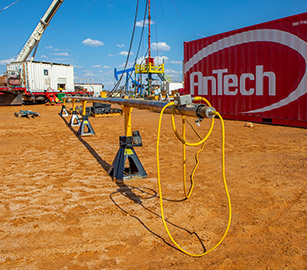 The sidetrack was landed within the Dolomite crest structure at an inclination of 89.5 deg, as tight as technically possible after leaving the casing point, keeping the wellbore as structurally high as possible. The lateral Total Depth (TD) was called when gamma and RockSense readings were showing the bit was approaching the overlying shale.

AnTech took advantage of RockSense, their proprietary real-time, at-bit, synthetic porosity signature software for bed boundary identification (fig. 1). This technology offers two considerable advantages over traditional geosteering techniques. Firstly, operators can gain inch-level resolution because multiple measurements can be made for every foot drilled, due to the fact that wired telemetry has a high data rate. Secondly, formation boundaries can be detected at the bit, not 20-30 ft behind it, as the software can tell the directional driller whether a bed boundary has been passed, within inches of the BHA passing through it. Therefore, the driller can deliver an optimally placed wellbore and respond to changes in formation as the bit passes through them. In this particular instance, the reservoir was a homogeneous dolomite with very little gamma character. Therefore, RockSense provided valuable insight into the formations vugular nature, fractures and faults.

The same BHA configuration was utilised to drill out the 4 ½” casing and completed the build and lateral section. This was possible due to the ability of AnTech’s Continuous Rotating Orienter (CRO) to hold a constant toolface for directional work while rotating. The CRO can drill high dogleg severity build sections and long straight lateral sections in one run, without having to pull out to change the motor bend setting.

Water was used as the drilling fluid during the drill out phase. Depth correlation was done using the gamma signature seen whilst in casing from the overlying Shale.

The initial production rate of the well was very encouraging. This demonstrates the impact of UBCTD when combined with expertise in both surface and subsurface operations.

Operators around the world are looking at Underbalanced Coiled Tubing Drilling (UBCTD) as a reliable and economically viable technique for unlocking the potential of mature and under-producing oilfields. Both onshore and offshore. It is the safest and best way to drill underbalanced or managed pressure because the well is contained at all times. 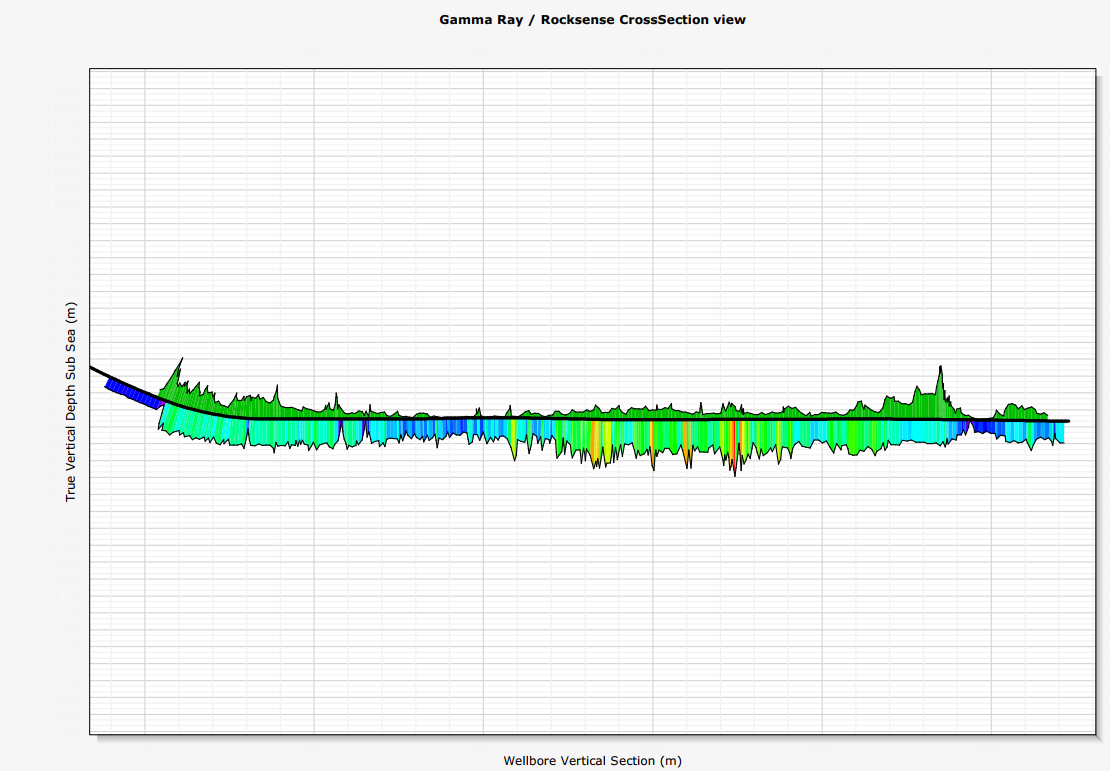